Amerigo’s 100% owned MVC operation in Chile has been producing copper concentrates since 1992 by processing fresh and historic tailings from Codelco’s El Teniente mine, the world’s largest underground copper mine.

Amerigo has successfully completed the development of the historic high grade Cauquenes tailings deposit. This investment has enabled MVC to produce substantially more copper at lower cash cost to at least 2037.  The Cauquenes Phase One project was completed in December 2015 and the Cauquenes Phase Two project was completed in December 2018. In exchange for the tailings rights granted to MVC, El Teniente is entitled to a royalty on the copper produced by MVC, determined through a sliding scale formula tied to the London Metal Exchange copper price.

MVC is leading the way in Chile and within the mining industry worldwide with a 100% renewable-powered operation as certified by the International REC (Renewable Energy Certificate) Standard. 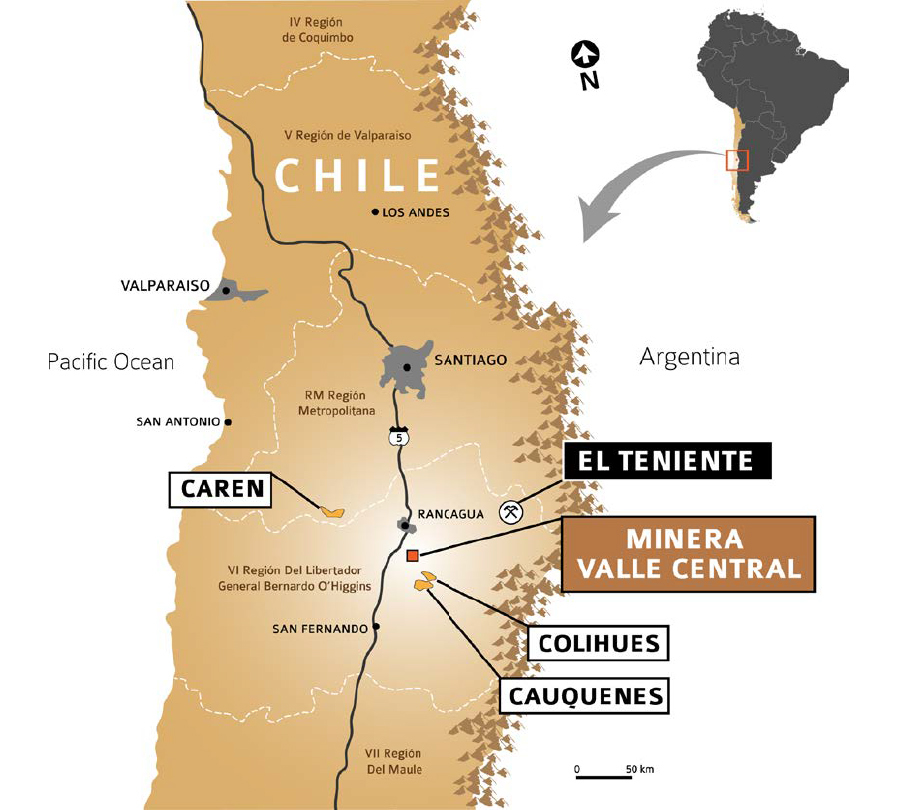 Established Technology and Expertise at MVC 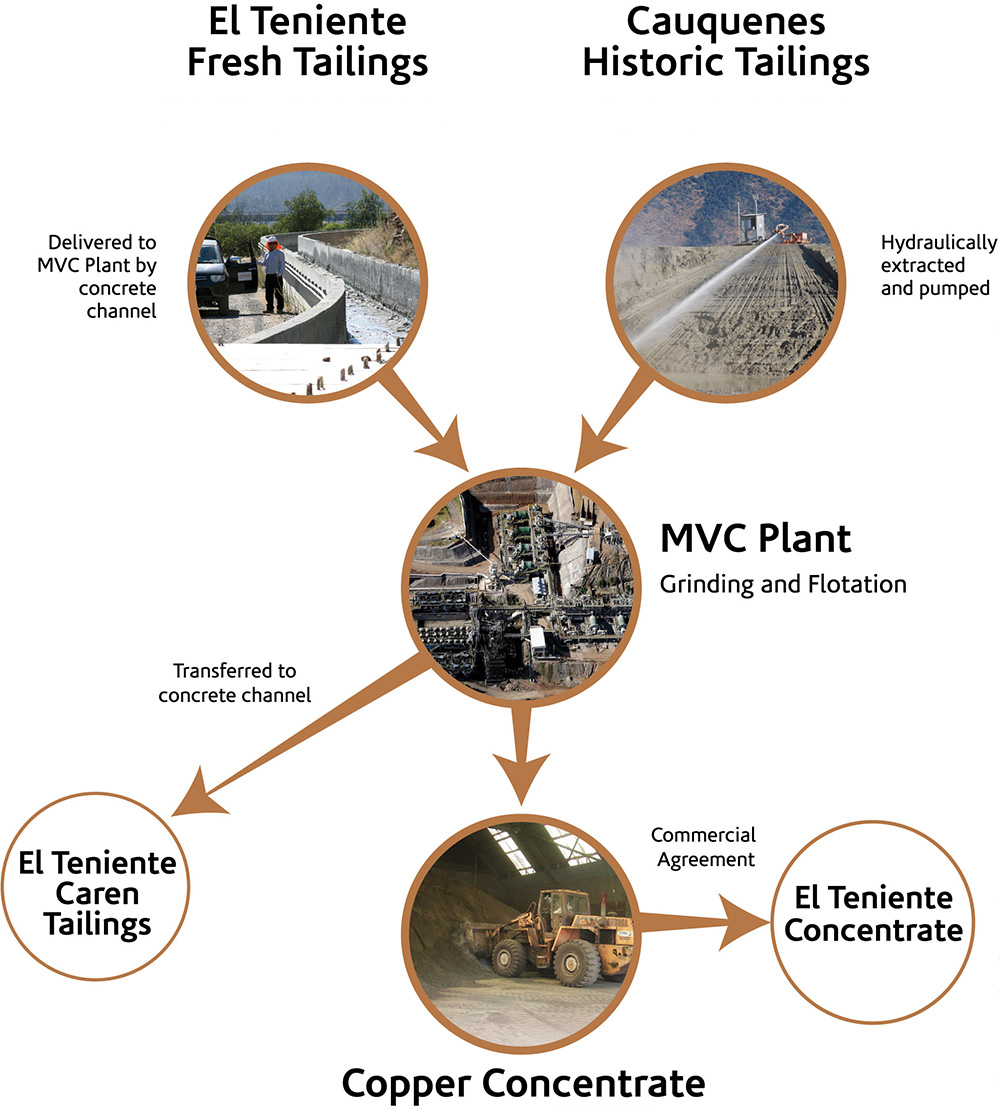